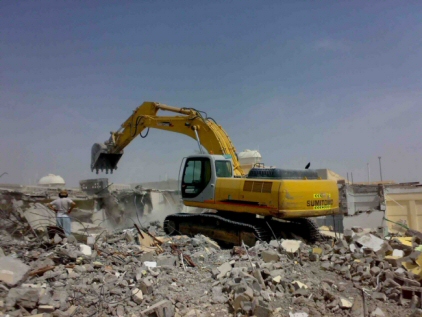 The Israeli occupation municipality, Monday, handed demolition orders to Palestinians in al-Isawiyya, under the pretext of unlicensed buildings. Wadi Hilweh Information Center reported, according to Al Ray, that the crews of the Israeli municipality, accompanied by Israeli forces, stormed the building of Fadee Al-Isawiand handed him a demolition order for the building, which has been established since 2001.

Israeli forces claim that the building is unlicensed.

The municipality crew also handed Mohammed Mahmoud a demolition order for two floors of his building, which consists of four floors total.

Mahmoud pointed out that his building was established in 2001, and is licensed according to the applicable law. The two extra floors are yet to be licensed , he noted, but Israeli authorities fined him an amount of NIS 200.000, the payment of which he intended to accomplish by 2019.