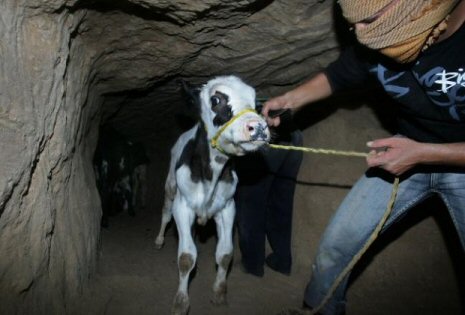 A Hamas field commander died on Monday, in a tunnel accident which occurred in the Gaza Strip, the party stated.The Izz al-Din al-Qassam Brigades, Hamas’ military wing, said that Abd al-Salah al-Butnaji died while he was working in a tunnel in Gaza.

Al-Butnaji, 36, was from the al-Shujayya neighborhood of Gaza City, the statement added, according to Ma’an.

The al-Qassam Brigades did not give further details on the circumstances behind his death.

On Saturday, the Gaza Strip’s civil defense found the bodies of two Palestinian workers in a tunnel which had been flooded by Egypt, three days earlier.

Palestinians in Gaza have relied on underground smuggling tunnels across the Egyptian border since 2007 when Israel imposed a military blockade on the coastal enclave after Hamas took control there.

The tunnels have since provided a vital lifeline for the besieged territory’s more than 1.8 million residents.

However, Egypt has destroyed and flooded hundreds of the tunnels as part of an ongoing security campaign in the northern Sinai Peninsula against anti-regime militants launching attacks on Egyptian police and military personnel.

Egypt accuses Hamas of supporting the insurgents, allegations Hamas strongly denies.
The UN reported in February that only a few tunnels remained partially operational between Egypt and the Gaza Strip.

IMEMC Opinion/Analysis: Why It’s Dangerous to Conflate Hamas and ISIS