Army Kidnaps 29 Palestinians In The West Bank, Carries Out A Limited Invasion Into Southern Gaza 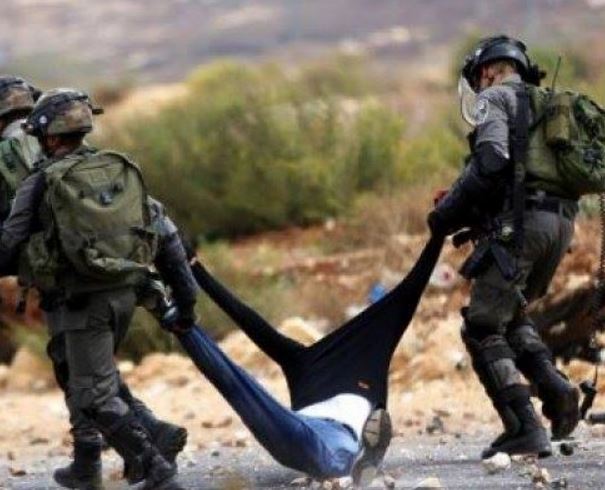 Israeli soldiers invaded, on Tuesday at dawn, various districts of the occupied West Bank, searched homes and kidnapped 29 Palestinians. The soldiers also invaded Kadoori college, in Tulkarem, and searched several buildings. Army vehicles carried out a limited invasion into agricultural lands, in Khan Younis, in the southern part of the Gaza Strip.Media sources in Jenin, in the northern part of the West Bank, have reported that the soldiers invaded Rommana village, west of the city, and kidnapped two Palestinians, identified as Ahmad Sa’id ‘Amro, 21, and Abdul-Rahman ‘Amour, after searching their homes.

In the nearby district of Tulkarem, the soldiers also stormed and searched homes, and kidnapped five Palestinians.

Resident Mohammad Abdul-Fattah Dameeri, 22, an engineering student at Kadoorie college, was kidnapped from his home in the Tulkarem refugee camp, while Waleed Mustafa Yahya, 50, was kidnapped in the Southern Neighborhood in Tulkarem.

Also in Tulkarem, dozens of soldiers invaded the Palestine Technical University (Kadoori), west of Tulkarem, and searched the Engineering College.

The Public Relations Office in Kadoori said a large military force invaded the campus and forced its guards to take them to the Engineering Department, before violently searching it.

It added that the soldiers caused damage to several lockers, and confiscated various documents, including posters, before withdrawing.

The Public Relations Office denounced the invasion, especially since the Kadoori has been subject to frequent Israeli military invasions and assaults, leading to excessive property damage and many injuries among the students and faculty, and called on international institutions to intervene and halt the Israeli escalation.

In Bethlehem, the soldiers kidnapped Abdul-Halim Mohammad Najajra, 18, from his work in Beitar Illit colony, illegally built on Palestinian lands, west of Nahhalin. Najajra is from Nahhalin village, west of Bethlehem.

The soldiers also kidnapped a child, identified as Mohammad Ibrahim Abu Yabes, 14, from his home in Bethlehem.

Several army vehicles also invaded the Saff Street, in the center of Bethlehem, and summoned Ala’ Abdul-Karim Saddouq, 36, for interrogation in Etzion military base, south of Bethlehem.

In Hebron, in the southern part of the West Bank, the soldiers invaded various communities, searched homes and kidnapped nine Palestinians.

One Palestinian, identified as Ismael Abu Fannar, was summoned for interrogation in Etzion after the soldiers invaded and searched his home in Yatta town.

The soldiers also installed several roadblocks in Hebron city, the main roads leading to Sa’ir, Halhoul and Hebron’s northern entrance, before stopping and searching dozens of cars, and interrogated many Palestinians.

In the besieged Gaza Strip, several armored Israeli military vehicles and bulldozers carried out a limited invasion into Palestinian agricultural lands, east of Khan Younis, in the southern part of the coastal region, and uprooted some of them.

The soldiers also fired many rounds of live ammunition during the invasion, and while bulldozing the lands.