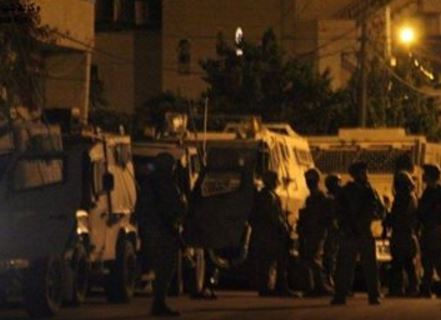 The sources added that the soldiers also closed a fruits and vegetables shop, that was rented by Qassem Jaber, who was shot and killed by the Israeli army last Monday.

The army also invaded Doura and Yatta towns, south of Hebron, before breaking into and searching many homes, causing property damage, and interrogated many Palestinians.

In addition, the soldiers installed a roadblock in Nabi Younis area, near the main road leading to Sa’ir town, east of Hebron, stopped and searched dozens of cars, and inspected the ID cards of the passengers.

In occupied Jerusalem, the soldiers invaded homes in ‘Obeid neighborhood, in the al-‘Isawiyya town, in the center of Jerusalem, and kidnapped a young man identified as Ghadeb ‘Obeid.