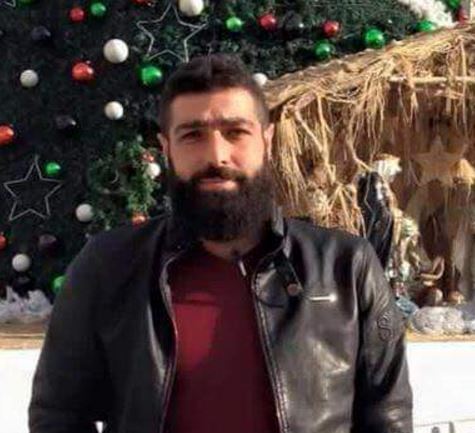 Israeli soldiers shot and killed, Friday, a young Palestinian man near the Etzion roadblock, south of the West Bank city of Bethlehem.The army said the young man was driving a car with Israeli license plates, and reportedly “tried to stab soldiers,” after stopping him on the roadblock.

Another Palestinian was shot and apparently suffered a serious injury.

The slain young Palestinian man has been identified as Mahmoud Ahmad Fannoun, 21, from the southern West Bank city of Hebron.

The army reported no injuries among the soldiers, closed the area to all Palestinian traffic, and installed many additional roadblocks.

An eyewitness who was in the area during the fatal shooting said the Palestinian was driving his car next to a car of a colonialist Israeli settler, who approached soldiers, manning the Gush Etzion roadblock, and started talking to them while pointing at the Palestinian.

They added that the young man exited the car, empty handed, after the soldiers ordered him to do so before they fired many rounds of live ammunition on him.

A Palestinian ambulance rushed to the scene, but the soldiers stopped it and prevented the medics from approaching the Palestinian.

The soldiers also kidnapped Hisham Abu Shaqra, a reporter working for the Anadolu Turkish News Agency, who was in the area, and filmed the unfolding event.