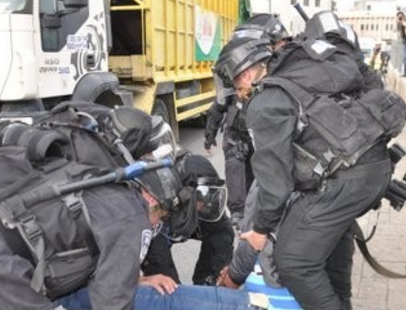 Israeli soldiers abducted, on Thursday, five Palestinians in occupied Jerusalem, and took them to a number of detention and interrogation centers.

The Wadi Hilweh Information Center in Silwan (Silwanic) has reported that the soldiers kidnapped a young man in front of the Al-Aqsa Mosque, after violently assaulting him for raising a Palestinian flag.