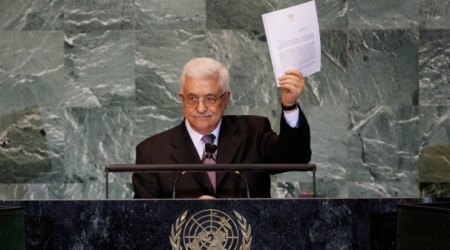 Palestinian President Mahmoud Abbas back peddled on controversial statements he made during a speech in front of the European Union parliament, on Thursday, that alleged Israeli rabbis had incited citizens to poison Palestinian water wells.

A statement released by the Palestine Liberation Organisation (PLO), late Friday evening, asserted that the reports on which Abbas had based his statements were inaccurate:

“After it has become evident that the alleged statements by a rabbi on poisoning Palestinian wells, which were reported by various media outlets, are baseless, President Mahmoud Abbas has affirmed that he didn’t intend to do harm to Judaism or to offend Jewish people around the world,” the statement said.

The PLO also affirmed that Abbas “rejected all claims that accuse him and the Palestinian people of offending the Jewish religion,” adding that he “also condemned all accusations of anti-Semitism.”

While the main thrust of Abbas’s speech to the EU parliament centered on condemning the international community’s complacency with Israel’s illegal occupation, his off-transcript remarks regarding the alleged incitement by Israeli rabbis made headlines and sparked outrage in Israel.

“Only a week ago, a number of rabbis in Israel announced, and made a clear announcement, demanding that their government poison the water to kill the Palestinians,” Abbas reportedly said.

“Isn’t that clear incitement to commit mass killings against the Palestinian people?”

Various media outlets, including Gulf News and Turkish state news agency Anadalu reported that a rabbi or group of rabbis had issued such an advisory, though the reports were later debunked by Reuters and other Israeli media sites.

Israeli Prime Minister Benjamin Netanyahu reacted to the speech, accusing Abbas of anti-Semitism for spreading a medieval-era “blood libel.””Israel awaits the day when (Abbas) stops spreading lies and dealing in incitement. Until then, Israel will continue to defend itself against Palestinian incitement, which motivates acts of terrorism,” the statement said.

The statement also slammed Abbas for refusing to meet with Israeli President Reuven Rivlin for direct negotiations in Brussels, a meeting that had reportedly been proposed by President of the European Parliament Martin Schulz and subsequently welcomed by Rivlin.

Abbas has rejected Netanyahu’s demands for bilateral peace negotiations, and has instead pushed for the EU-endorsed French initiative for a multilateral, international conference to restart the Palestinian-Israeli peace process.

Both Palestinian and Israeli leadership have accused each other of inciting and encouraging the current wave of upheaval, in the occupied Palestinian territory and Israel, that began in October.