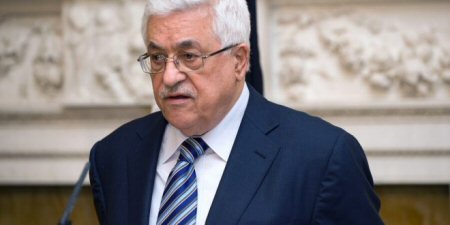 President of the Palestinian Authority, Mahmoud Abbas, was scheduled to deliver a keynote speech to the European Union’s 28 foreign ministers, in the Belgian capital Brussels, after meeting with the EU’s foreign policy chief Federica Mogherini.

The ministers are being urged to officially recognize the state of Palestine, and discuss the impact of the US decision recognizing Jerusalem as the capital of Israel. In addition,

According to WAFA, Abbas is also scheduled to meet with Belgian Prime Minister Charles Michel, to thank him for the additional financial support, by Brussels, for the budget of the United Nations Relief and Works Agency for Palestine Refugees (UNRWA), as the US has slashed more than $100 million in aid to the humanitarian organization, including $45 million in food aid.

Belgium said it will support UNRWA with an additional $29 million, to help it overcome the US cut, which came to pressure the Palestinian Authority to return to negotiations with Israel.

PNN additionally reports that, in response to US president Donald Trump’s recognition of Jerusalem as the official capital of Israel, Slovenia is expected, within the coming weeks, to recognize the state of Palestine, Israeli media says.

However, Israeli media claimed that the Foreign Ministry is trying to recruit members of parliament in Slovenia to oppose the move, but it is believed that the decision will pass and Slovenia will recognize “Palestine” as a state.

The report added that three other European countries are considering the same move, this being Luxembourg, Ireland and Belgium.