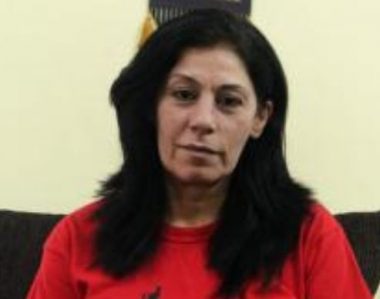 This will be the second time in which it has been renewed, meaning that Khalida has been held without charge or trial since 2 June 2017. Khalida nor her lawyer were present for the hearing, as she is part of the collective action to boycott all court hearings related to the process of administrative detention.

According the Judge’s decision, there has been new secret information brought to his attention. This information apparently confirms that Khalida remains a threat to the security of the state.

This information apparently confirms past claims made against Khalida though he does not specify if the new information is relating to the current period, or prior to her arrest.

On the basis of said secret information, it was concluded that Khalida’s release will cause a security threat to the state. In order to balance the rights of the individual to freedom with the apparent security of the state, Judge Yemeni came to the conclusion that a four month extension was appropriate.

The irony of such a statement is that Khalida has now been imprisoned for over a year. It is difficult to envisage a way in which an additional four months adds to the security of the occupation state, or how her imprisonment affects it in anyway.

The Judge’s assertion that he is balancing her right to freedom with the security of the state is especially ludicrous. It rest on the notion that this reduction of the order from the maximum six months, to a more moderate four months without charge or trial, is somehow an act of legal kindness.

The process of administrative detention represents the most severe action that an occupying state can utilize against a protected populace under the Fourth Geneva Convention.

According to Article 78 of said convention such a process can only be utilized “for imperative reasons of security” for as short a period as possible. In the light of the Judge’s decision, it is difficult to legally rationalize such a high threshold for imprisonment with the occupation’s continued internment of Khalida.

As such, Addameer calls for the occupation to meet its obligations under international law and free Khalida along with all of its administrative detainees. For such a process to be legal, a clear indicator of how an individual meets such standard as set out in the Article 78.

In addition, we call on all third party states to abide by Article 1 of the First Geneva Convention, and take concrete steps to ensure the occupation abides by humanitarian law more broadly.

If you wish to assist to free Khalida, please contact your local representatives and ask them to push the issue with your government. Additionally, you can send contacts to the relevant decision makers in the occupation government. Their details can be found here.