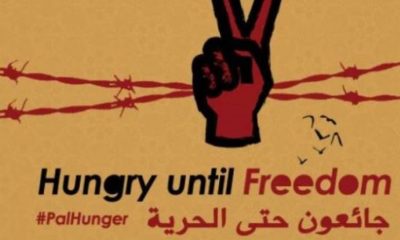 The head of the prisoners and ex-prisoners’ affairs, Issa Qaraqa’a, said that the administrative detainees being held in Israeli occupation prisons will stage steps of the struggle, starting with the hunger strike gradually, next month, if Israeli authorities do not respond to their demands.

Qaraqa’a said in a press statement, on Monday, that the detainees will continue to boycott the courts of the occupation unless they respond to their demands.
Qaraqa’a confirmed, according to Al Ray, that the Israeli occupation authorities’ policy of abducting children and enacting racist laws and regulations against them is the most serious, as the sentences and fines imposed on them are large and unprecedented.