After 15 Years In Prison, Palestinian Detainee Rearrested Just Before His Scheduled Release 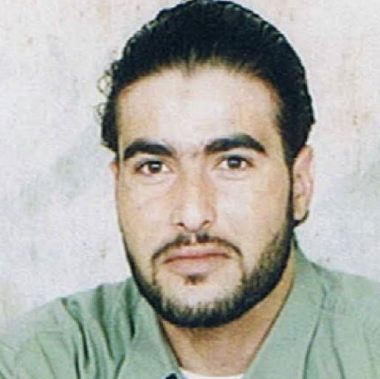 As the family, along with hundreds of relatives, friends and residents of the al-‘Isawiyya town, in occupied Jerusalem, were preparing to welcome Mohammad Zeidan Mahmoud, 39, who was scheduled to be released, on Tuesday, the Israeli authorities decided to re-arrest him.

The family and residents of al-‘Isawiyya were planning to welcome the detainee in massive celebrations, welcoming him back home, but just before he was walked out of prison, he was placed under arrest without charges.

Prior to this, the Israeli army conducted frequent invasions into the town, especially the last two days before his scheduled release, removed a tent prepared for celebrating his release, and confiscated dozens of posters and Palestinian flags.

The soldiers, and security officers, invaded many homes and searched them, including his family’s home, in Abu Mahmoud neighborhood, while undercover officers and security agents threatened to punish his family, and the entire town, should they celebrate his release.

On Tuesday morning, the army and police issued a statement saying, “we will not allow terrorism in Jerusalem,” in which the Jerusalem Police Chief Yoram Halevy said that the police will not allow any celebrations of festive activities, especially the one organized by the Democratic Front for the Liberation of Palestine (DFLP).

His family said they went to the prison, where their son was held prior to his release, and were preparing to welcome him, but the police re-arrested him, just as he was walking out of prison, without even allowing them to greet him.

Mohammad was instantly cuffed and blindfolded, before he was moved to the al-Maskobiyya detention and interrogation center, in West Jerusalem.

Mohammad Mahmoud, a lawyer with the Palestinian Committee of Detainees and Ex-Detainees, said the police placed Mahmoud under interrogation, after alleging he “was planning a terrorist attack.”

The family, and al-‘Isawiyya residents, denounced the Israeli violation, and said it is part of Israel’s illegal practices against the Palestinians, and its continued efforts to prevent them from even celebrating the release, after fifteen years in prison.

Former political prisoner, Amir Mahmoud, 19, who was released Tuesday from Gilboa’ Israel prison, said that he and Mohammad signed the release documents, and remained together until the prison gates were opened, and they started walking out.

“Just as we were walking out, and for no apparent reason, we were approached by security officers,” he said, “Almost instantly they re-arrested him, and took him back in, before he was even able to see his family.”