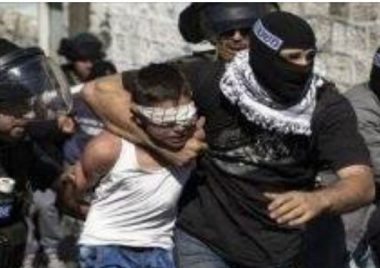 Report By Samidoun: Palestinian boy Ahmad Kaddour, 15, was sentenced on Monday, 20 February to 91 days in prison and a fine of 3000 NIS (approximately $810 USD), accused of throwing stones at Israeli occupation soldiers.

Ahmad suffers from epilepsy and is undergoing continued treatment for leukemia, with frequent need for medication and close monitoring of his medical condition. His family and Palestinian rights groups have urged his immediate release, noting that his health has severely deteriorated inside Ofer prison, where he is being held.

Ahmad has been imprisoned since 2 January, when he was seized by occupation soldiers and beaten with rifle butts near the Ofer military checkpoint; he is from the town of Beitunia.