After Coming Out Of Coma, Al-Qadi Continues His Strike, Remains In Critical Condition (Video) 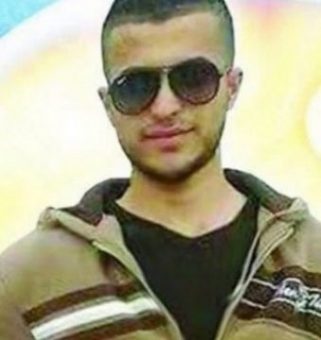 Palestinian detainee Malek al-Qadi said after he came out of coma, Sunday, that he is ongoing with the hunger strike he started 65 days ago, and refused to take any sort of medical treatment, vitamins, salt and sugar, despite his life-threatening medical condition.

The detainee said that his strike continues until Israel ends his illegal and arbitrary Administrative Detention, without charges, or until death.

The detainee went into a coma that lasted for nine days after a very serious deterioration in his health condition.

Despite his very serious health condition, al-Qadi still refuses to take vitamins or any sort of treatment, including heart medications, as he suffers with cardiopathy.

He can barely utter even one word, but still asked the doctors to unhook the machines monitoring his body, including the cardiograph machine.

He told the doctors that he was ongoing with his strike, and will not accept any offers from the Israel, as his goal is “freedom or martyrdom.” Al-Qadi was born on June 04, 2014, in the West Bank city of Bethlehem; he was kidnapped by the soldiers on May 22, 2016, and was slapped with an Administrative Detention order, without charges.

It is worth mentioning that Al-Qadi was held for four months prior to his current abduction, and was released in April 2016.