After Reaching A Deal, Detainee Stops His Strike 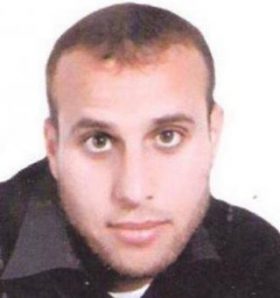 Ashraf Abu Sneina, a lawyer with the Palestinian Detainees Committee, has reported that hunger striking detainee Fuad ‘Aassi has ended his hunger strike after reaching an agreement with the Israeli military prosecution.

Abu Sneina said the agreement states that Israel will hold him under Administrative Detention for four months, without any additional renewals, and will allow him to call his wife and family today.

The detainee went on hunger strike for 55 consecutive days, refused to take any vitamins, and lost at least 20 kilograms, in addition to facing various health complications that put his life at risk.

‘Aassi is in Barzelai Israeli hospital in Asqalan, and has been held under Administrative Detention orders, without charges, since September 9th, 2015.

He was first held under a four-month administrative detention order that was renewed to six additional months; under this agreement, he will be held for four months one last time.

The detainee was repeatedly kidnapped and imprisoned, and spent four and a half years in prison.