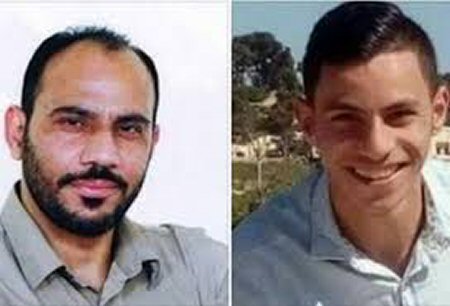 The 19-year-old son of Palestinian detainee Rajab al-Tahan died of cancer on Tuesday evening, after meeting his jailed father for 10 minutes.

The visit between Tahhan, who is serving a life sentence, and his son, Majd, who suffered from leukaemia, took place on Monday morning, at the Hadassah hospital, in Jerusalem.

According to his family, Israeli court handling the case placed difficult conditions on them for the visit to happen.

Al Ray further reports that Rajab al-Tahan announced, on October 15th, that he will start a hunger strike in Israeli jails after the efforts made by many human rights institutions, to convince the Israeli occupation authorities to allow him to visit his son, had failed.

Rajab’s story caught media attention when his son’s health began to severely deteriorate, earlier this month. Majd has spent only two years and eight months in total with his father, who has been repeatedly imprisoned by Israel.

During his visit, the father did not recognize his son, whose physical features had changed drastically due to the cancer, according to the family.

“It was a shock for him to see his son like that. He kept asking Majd who his grandfather, uncle, and other family members were to make sure that it was him,” the family said.

Rajab was imprisoned in 1998, when Majd was only four months old, on charges of killing an Israeli settler. He was released in 2011, under a prisoner exchange deal.

Less than three years later, Israeli occupation re-arrested Al-Tahan in a campaign of mass arrests in the West Bank, where hundreds of Palestinians arrested, and many of those who were released in the 2011 deal.