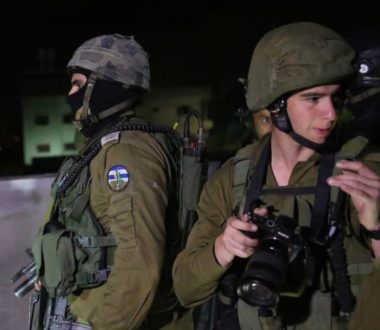 A new investigative report by Al Jazeera revealed, on Sunday, that an international humanitarian aid agency helped the Israeli army in a failed spy mission in the Gaza strip, Quds News Network reported

Humedica International Aid is a non-governmental organization based in Germany, providing humanitarian and medical aid for Palestinians in Gaza. The organization backed a failed Israeli spy operation in 2018, hiding Israeli military equipment together with medical aid, in warehouses, Al Jazeera’s “What is Hidden is Worse” revealed.

Israeli warplanes rushed to the area to evacuate the Israeli spies, who left behind valuable surveillance and video records for the Palestinian resistance, who then fired missiles at surrounding settlements, in retaliation for the invasion.

Abu Huthaifa stated that they found “expired drugs and some medical equipment and mattresses, in which there were money, surveillance and drilling equipment.”
“They used a humanitarian aid organization to cover its crimes in Gaza”, he added.

When the program contacted Humedica’s Head of Media and Communications, he stated that Santos volunteered at the organization “to organize the humanitarian aid projects and import of relief goods in accordance with relevant regulations”.

He stopped working for the organization “since Humedica stopped its support activities [in Gaza] earlier this year when the process of import became too complicated”.

He also denied having any information that the name of Humedica was used as humanitarian cover and asked Al Jazeera to “protect the name and mandate of Humedica as well as Mr. Santos and not mention them in any relation to the incident”.

Despite of Humedica’s confirmation that Santos was a volunteer, the program revealed documents issued by the organization itself, which are signed by Santos as an Area Manager.