Al-Maliki: “We Are Ongoing With Preparations To Head To Security Council” 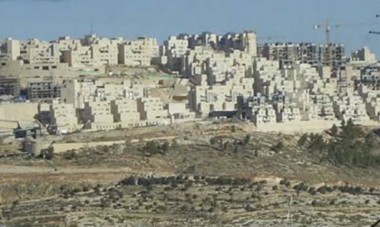 His statements came after Israeli media agencies claimed that the Palestinian leadership intends to retract it decision to submit a proposal to the Security Council in response to Israel’s ongoing and escalating colonialist activities in the occupied West Bank, including Jerusalem.

“Our efforts and preparations are ongoing; we did not, and will not, back down,” he said, “We are also holding talks with Arab countries, through Egypt, and with representatives of various regional, and international countries.”

He also said that the “Arab Quartet Committee would be convening soon to grant a green light to all Arab missions in the United Nations, to conclude their deliberations and to ensure the largest representation within the Security Council and extended international support to put the file of Israel’s illegal colonies on the table.”

“Our move comes while Benjamin Netanyahu, and his government, continue to ignore the international community, International Law, and all condemnations of Tel Aviv’s violations,” al-Maliki said, “Israel is ongoing with its land theft polices, and is continuously building and expanding its illegal colonies in occupied Palestine.”