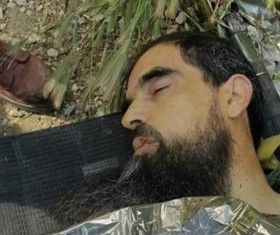 Palestinian medical sources have reported that Israeli soldiers shot and killed, on Thursday evening, a Palestinian man, 54, near the al-‘Arroub refugee camp, north of Hebron, in the southern part of the occupied West Bank. The army claimed the man “carried an axe, and attempted to attack soldiers.”

The sources said the Palestinian has been identified as Ibrahim Mohammad Othman Barad’eyya, 54, from Surif town, northwest of Hebron.

The Israeli army claimed that the Palestinian “attempted to attack the soldiers with an axe,” before they shot him dead, and that the reported attack did not cause any injuries among the soldiers.

The soldiers fired several rounds on him, causing a very serious injury that led to his death before an ambulance managed to reach him.