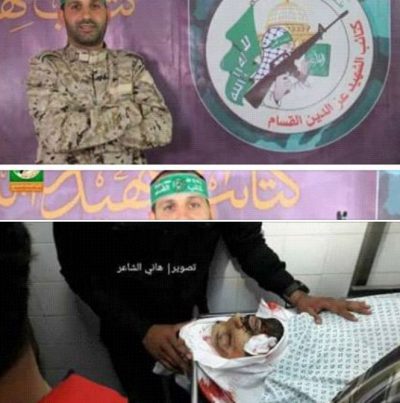 The Al-Qassam Brigades, the armed wing of Hamas movement, issued a statement, Thursday, vowing retaliation for the death of one of its members, east of Rafah, in the southern part of the Gaza Strip.

Al-Qassam issued a statement saying that the Israeli missiles were fired at an observation post, east of Rafah, killing Abdul-Karim Ismael Radwan, 22, and wounding three others.

He was a member of the “Filed Observation Unit,” in the Gaza Strip, tasked with monitoring the border fence, and the Israeli invasions into the coastal region.

It denounced the assassination, and held Israel fully accountable for what it called “the cold-blooded crime, and foolish Israeli act that has serious consequences.”

“Israel will pay dearly for this crime,” Al-Qassam said in its statement, “Our exacted revenge will fit the crime.”

It is worth mentioning that Abdul-Karim’s brother, Ahmad Radwan, was killed by Israeli soldiers during a military offensive and invasion into Rafah, in 2002.