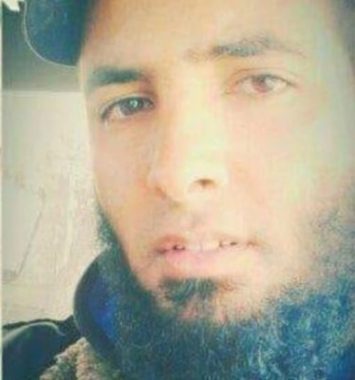 An Israeli military drone fired, on Thursday afternoon, a missile at Palestinians east of Rafah, in the southern part of the Gaza Strip, killing one, and wounding three others, including one who suffered serious injuries.

The Palestinian Health Ministry in Gaza said the Palestinian, identified as Abdul-Karim Radwan, 22, died from his serious wounds in a hospital in Rafah, despite all efforts to save his life.

It added that three other Palestinians were injured by the Israeli missile, including one who suffered serious wounds, and is currently on life support.

Media sources in Gaza said the slain Palestinian is an officer with the Field Control Department of Al-Qassam Brigades, the armed wing of Hamas.

It is worth mentioning that Abdul-Karim’s brother, Ahmad Radwan, was killed by Israeli soldiers during a military offensive and invasion into Rafah, in 2002.

Commenting on the casualties in Gaza, the Israeli army claimed it targeted “Palestinians flying flammable balloons near a post run by the armed wing of Hamas in Rafah,” and added that Palestinian fighters “fired mortar shells at soldiers operating near southern Gaza.”

The army also said it will continue its operations “against Hamas with great severity.”

Just a few hours before the army killed Abdul-Karim, the Health Ministry published detailed statistics on the Palestinian casualties by Israeli army fire, since the beginning of the Great Return March on March 30th, 2018. The data covers the period between March 30th and July 17th.

Location Of injury In The Body: