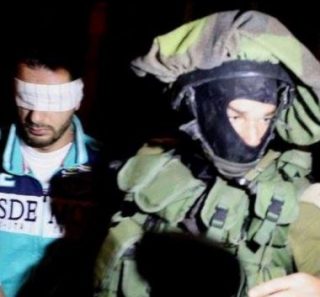 Israeli soldiers abducted, on Thursday at dawn, nine Palestinians from their homes in several parts of the occupied West Bank, the Palestinian Prisoners‚Äô Society (PPS) has reported.

The PPS said the soldiers invaded and searched dozens of homes across the West Bank, interrogated many Palestinians while inspecting their ID cards, and abducted nine of them.

The soldiers also installed roadblocks in many parts of the West Bank, stopped and searched dozens of cars.