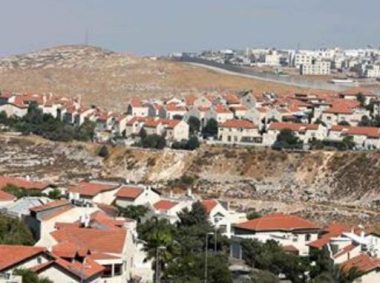 Israel has approved, Thursday, the conduction of hundreds of homes in Itamar illegal colony, which was built on Palestinian lands, southeast of Nablus, in the northern part of the occupied West Bank.

The new constructions are meant to expand the illegal colony, and were approved by Regional Council of Settlements, in northern West Bank, in coordination with the “Civil Administration Office,” the administrative and executive branch of the Israeli military occupation.

The approval is currently for 62 units, and likely to include more in the future, and also includes paving a new colonialist road that surrounds Huwwara Palestinian town, leading to more annexation of Palestinian lands, so that the colonist settlers do not have to drive through it.

Israel’s colonies in the West Bank, including in and around occupied East Jerusalem, are illegal under International Law and the Fourth Geneva Convention.