Amry Injures Dozens Of Palestinians, Including Journalists, In Kufur Qaddoum 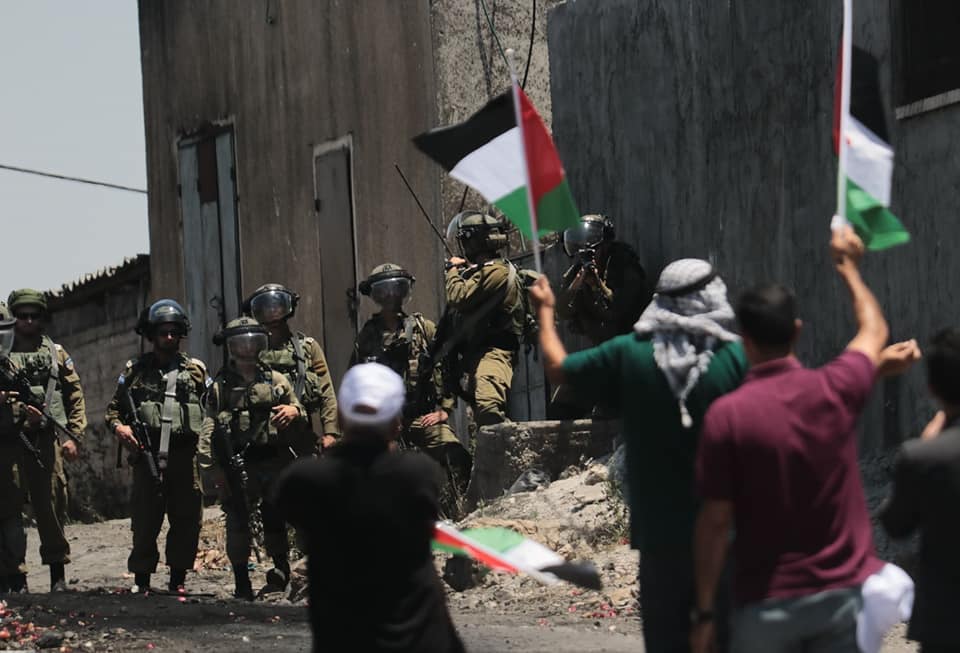 Israeli soldiers attacked, Friday, the weekly procession in Kufur Qaddoum, east of the northern West Bank city of Qalqilia, and injured dozens of Palestinians, including journalists. Friday marks the tenth year since the processions started in Kufur Qaddoum.

This week’s protests came in commemoration of the tenth anniversary since the protests against the illegal Annexation Wall and colonies started in Kufur Qaddoum, and was attended by dozens of Palestinians, including political and religious figures, such as Archimandrite Abdullah Yulio, parish priest of the Melkite Greek Catholic church, and the head of the Wall and Colonization Resistance Commission, Walid Assaf, in addition to several political and social leaders and figures.

Morad Eshteiwi, the spokesperson of the Popular Committee in Qalqilia, said the Israeli soldiers attacked the protesters with a barrage of gas bombs and rubber-coated steel bullets.

He added that dozens of Palestinians suffered the effects of tear gas inhalation, and many sustained cuts and bruises.

It is worth mentioning that the soldiers tried to ambush the protesters in several locations, hiding behind trees or in buildings, but were unable to abduct any.

Eshteiwi stated that Israel has been constantly trying to suppress and silence the ongoing processions in Kufur Qaddoum since Jully of 2011, demanding the army to reopen the town’s main road, which was blockaded in 2003, to enable easy access to illegal colonialist settlers driving to and from the illegal Kedumim colony, which was built on their lands.