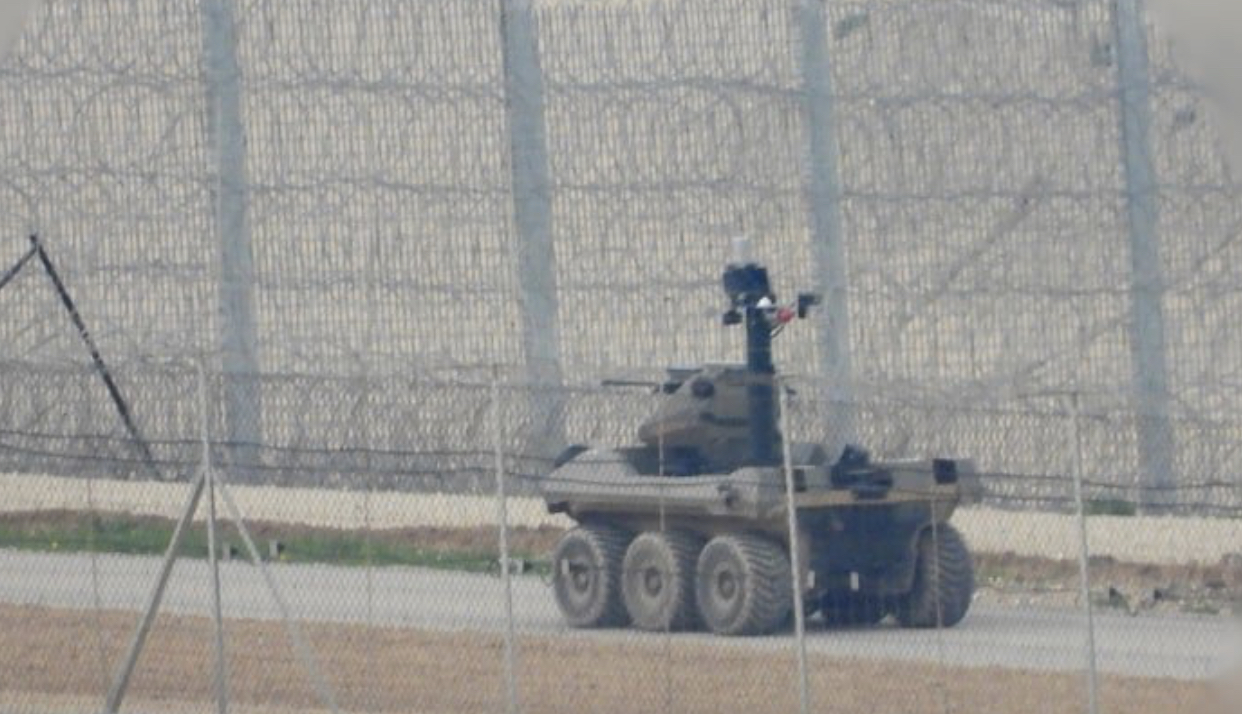 The tank is called the Jaguar and has the ability to transport itself to preset destinations, is armed with a machine gun that can deploy lethal and non lethal projectiles such as regular bullets and those coated in rubber, cameras, and the ability to self destruct if in the hands of anyone not authorized to control it. The tank is also capable of navigating terrain, bypassing bumps and obstacles using sensors and an advanced driving system. According to the Eurasian Times New Agency.

The border of Gaza is already a very difficult to permeate barrier. In addition to drones, sensor infused “smart fencing” guarded by troops and armored vehicles, SentryTech towers armed with remote control .50 caliber machine guns which have the capacity to destroy non armored vehicles, Israel has made the recent addition of tanks which can behave autonomously.

Ground soldiers also stand at the Gaza barrier, as well as soldiers in watchtowers who are known to shoot at farmers and fishermen they believe are too close to the siege barrier. There are no defined borders, however Palestinians are not allowed to be within 300 meters of the one mile wide buffer zone which has been unilaterally designated by Israel.

This restriction of movement proves to be dangerous for farmers, who are forced to leave the land they tend when soldiers open fire on them if they are deemed too close to the buffer zone. As recently as late June 2021, there have been reports of farmers and fishermen being shot at with live bullets, forcing them to vacate their work.

Since 2006, Israel has imposed an air, land and sea blockade of Gaza, which has resulted in food and resource scarcity as well as 80 percent of leaving 80 percent of the population reliant on international aid to survive.