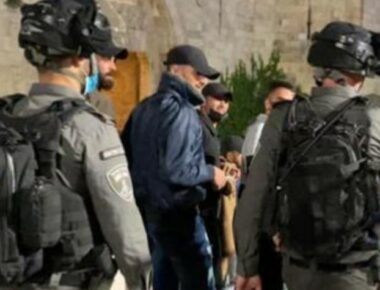 They added that the soldiers took the three young men to an interrogation facility in the city.

It is worth mentioning that Bab al-‘Amoud witnesses daily Israeli violations, including the abduction of many Palestinians, in addition to assaults by the soldiers and police officers.

Also on Thursday evening, the soldiers injured 61 Palestinians during protests in Sbeih Mountain in Beita town, south of the northern West Bank city of Nablus.

In related news, the soldiers abducted, overnight until morning hours Thursday, eighteen Palestinians from their homes in several parts of the occupied West Bank, including Jerusalem.