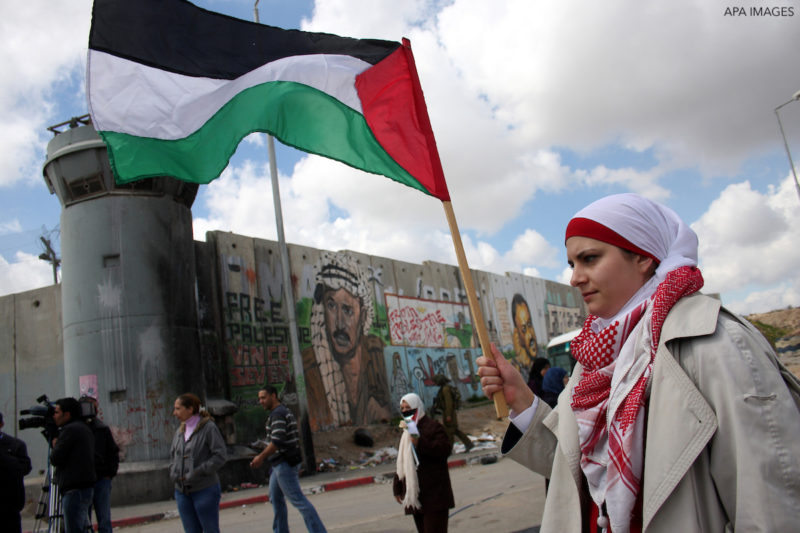 Since its founding in 1948, the “State of Israel” has promoted an intense campaign to erase Palestinian history, culture and resistance on all its fronts. Human rights organisations such as the Boycott, Divestment and Sanctions Movement (BDS) and activists around the world are the constant targets of this onslaught.

Recently, “Israel” attacked the Palestinian human rights movement head-on, designating six non-governmental organisations (NGOs) as “terrorist groups” with the aim of silencing, restricting and interrupting the work carried out by them. If human rights NGOs are “terrorists”, how should we designate the “State of Israel” that practices humanitarian law violations, war crimes, crimes against humanity and apartheid?

The designation of “terrorists” announced by Israeli Defence Minister Benny Gantz, based on a draconian 1996 law, is aimed at punishing Palestinians for throwing stones, fighting the police, carrying the flag and chanting slogans in Palestinian defence, or even for publishing and sharing posts on Facebook and Instagram – two platforms inimical to the cause of liberation of the Palestinian people.

The “anti-terror” legislation authorises Zionists to close offices, confiscate assets and imprison directors and employees of the entities. Minister Gantz claims that such organisations would form part of a support network for the Popular Front for the Liberation of Palestine (PFLP), which supposedly calls for the “destruction of Israel through terrorist acts.” However, the Israeli minister has not provided any evidence to confirm his claims.

The minister who designated organisations of international reputation as “terrorists” is the one who commands the Israel Defence Forces (IDF), which carry out arrests, assassinations, genocide and ethnic cleansing in the occupied territories. The organisations attacked by Gantz are precisely those denouncing that thousands of Palestinian children are detained every year and that torture techniques and methods are used during interrogations carried out by “Israel”, in an evident fundamental violation of the Palestinians’ human rights.

The affected organisations are the Prisoner Support and Human Rights Association (Addameer), whose website frequently updates the situation of Palestinian political prisoners; Al-Haq, which has defended Palestinian human rights since 1979; Defence for Children International (DCI), which has been working for the rights of children for 35 years; the Union of Agricultural Work Committees (UAWC); the Bisan Centre for Research and Development and the Union of Palestinian Women’s Committees, linked to the Palestine Liberation Organisation (PLO).

These are internationally-respected humanitarian and human rights groups. They cooperate with the United Nations (UN) and important international courts of justice, such as the International Criminal Court (ICC) and the International Court of Justice (ICJ), with whom they maintain a partnership to provide information, research and studies on the constant violations of rights by the Zionist occupation.

The arbitrary measure by the Ministry of Defence of “Israel”, adopted on 22 October, led the UN High Commissioner for Human Rights Michelle Bachelet to issue a statement declaring: “Defending rights before the UN and any other international entity is not an act of terrorism, defending women’s rights is not terrorism and providing legal assistance to detained Palestinians is not terrorism either.”

The HRW’s 213-page report denounces with abundant evidence that “Israel” acts like a “state” that enjoys impunity and, for that, counts on the absolute support of the US. The US, in turn, protects it from punishment and allows it to continue committing war crimes and crimes against humanity, such as repeated murders, arrests, displacement, violations of holy places for Christians and Muslims and theft of land and natural resources such as Palestinian water sources.

HRW and Amnesty International warned of the: “Alarming escalation that threatens to shut down the work of Palestine’s most prominent civil society organisations.” Another communiqué, signed by more than 250 human rights groups from around the world, denounces that the measure: “Comes in the context of the continuation of the occupation and the attacks by the apartheid state on the human rights of the Palestinian people, especially their right to fight, in every way, for freedom, return, self-determination and construction of their independent Palestinian state.”

Since 1967, “Israel” has banned more than 400 Palestinian and international organisations, including charity and media, for being considered “hostile” or “illegal”. That includes political parties such as Fatah, which governs the Palestinian Authority (PA) and the PLO, with which “Israel” signed the Oslo Accords in 1993. The most recurrent accusations are for alleged “terrorism” and “anti-Semitism”.

“Israel” has been adopting racist legislation since its foundation to relegate Palestinian Arabs living in the region to a regime of sham democracy, denying equal political rights and subjecting them to permanent and hateful discrimination in different spheres. This renders Palestinians second-class citizens in the face of the Jewish supremacy apartheid.

The international community needs to reassess its involvement with the Zionist regime and adopt approaches centred on defending the human rights of Palestinians. It must punish the “Jewish State” for its constant violations and establish a UN Commission of Inquiry to investigate the discrimination and systematic repression of “Israel” against Palestinians and their humanitarian organisations.