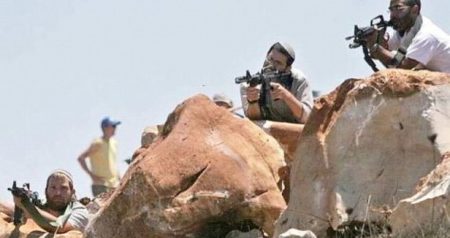 Ghassan Daghlas, Palestinian chief for the Israeli settlements file in the West Bank, told media outlets that two Israeli settlers’ vehicles, carrying several armed settlers from the nearby Homash settlement, got out of their vehicles and began opening fire randomly at empty Palestinian-owned vehicles, parked nearby.

Daghlas noted that the settlers’ attack on Palestinian vehicles caused substantial damage to many of the vehicles.

Over the past few weeks, armed colonial Israeli settlers, across the Israeli-occupied West Bank, stepped up their assaults on Palestinian-owned properties.

These attacks are concurrent with recent Israeli leaders’ announcement that Israel will likely annex the entire West Bank to the boundaries of the occupation state of Israel, by July of this summer.

Israeli colonial settlements around the West Bank cities, towns and villages, have been deemed illegal by the international community under international law.

Despite this, Israel has been constructing and expanding its colonies on Palestinian-owned lands since the late 1970’s.

Palestinian activist, Ghassan Daghlas, stated that Israeli colonial settlers from the illegal Rahalim Settlement, set fire to a large area of Palestinian land, south of Nablus City, which resulted in the destruction of crops and olive trees.