Army Abduct A Family Near Salfit 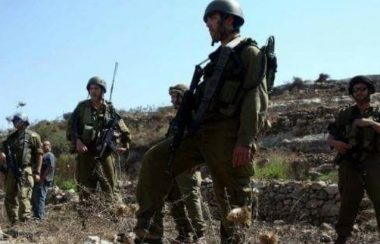 Israeli soldiers invaded, late on Saturday at night, Hares village, west of Salfit in central West Bank, detained an entire family, and later released the mother and one of her children after forcing them to pay bail, but refused to release the father and two children.

Media sources in Salfit said the soldiers abducted Hosni Yousef Sultan, 52, his wife, Mona Sultan, 48, and their children, Ala’, 25, Habib, 21, and Yousef, 14, before talking them to Ariel illegal colony.

Hosni’s son, Baha’ Sultan, said the army claimed that Yousef “attempted to destroy a section of the security fence,” and abducted him along with his father, mother and two brothers,

He added that the soldiers later released his mother, and his brother ‘Ala, after forcing them to pay a 1700 Shekels fine, and moved the rest to Hadarim prison, awaiting a trial at a military court, Monday.