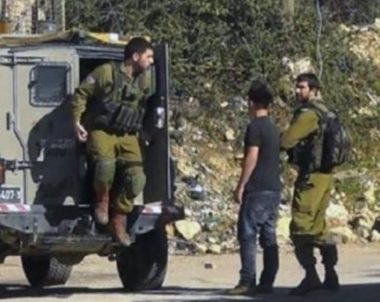 Israeli soldiers abducted, late at night and on Tuesday at dawn, at least twenty-one Palestinians from their homes, in several parts of the occupied West Bank, including East Jerusalem.

The soldiers invaded many communities in Bethlehem, Jenin, Tulkarem and Hebron, before storming and ransacking dozens of homes, and interrogated many Palestinians.

The soldiers also injured many Palestinians, during protests in several parts of the occupied West Bank, especially in Jerusalem, Jenin and Tulkarem.

|Israeli Soldiers Injure Many Palestinians, Abduct Several Others, In Jerusalem|

Thirteen of the abducted Palestinians have been identified as: