Army Abducts A Journalist In Jerusalem 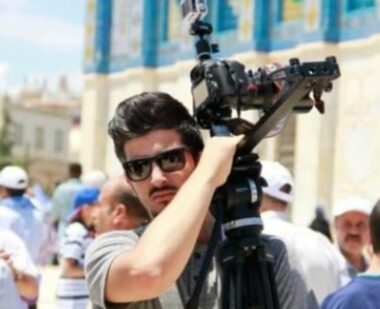 Local sources said the journalist, identified as Ahmad Jalajel, was driving in the at-Tour town in Jerusalem, when the soldiers stopped his car and searched it, while questioning him and inspecting his ID card.

The sources added that the soldiers took the abducted journalist to the al-Maskobiyya detention and interrogation facility. Jalajel is from the ath-Thoury neighborhood in Silwan town.

On Tuesday at dawn, the soldiers abducted seventeen Palestinians, including siblings, from several parts of the occupied West Bank.