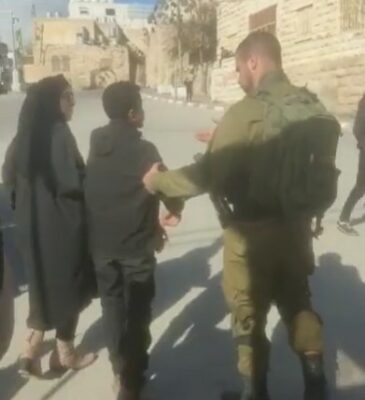 On Thursday, Israeli soldiers abducted a Palestinian child in Hebron city, in the southern part of the occupied West Bank.

Media sources said the soldiers stopped a school student, Omar Ammar Az-Zaro, 14, at a military roadblock near Jaber School in the Old City.

They added that the child was heading home from school and was detained at the roadblock for more than two hours before the soldiers abducted him.