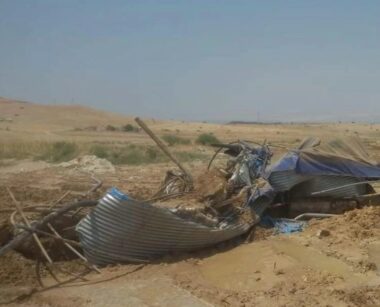 Daghlas said a local man, Mahmoud Mleihat, owns the demolished structures and added that the demolition of the tents led to the displacement of 25 Palestinians, mainly children.

He also said that the soldiers abducted Tha’er Fathi Dawabsha, a member of the Douma Town Council, and took him to a military base near Nablus.

On Thursday, Israeli soldiers abducted a Palestinian child in Hebron city, in the southern part of the occupied West Bank.