Army Abducts A Palestinian In Al-‘Isawiya 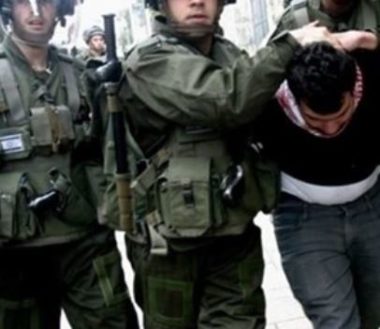 Israeli soldiers abducted, on Monday evening, a young Palestinian man from the al-‘Isawiya town, in the center of occupied East Jerusalem, and took him to an interrogation facility in the city.

Eyewitnesses said the young man, identified as Wadea’ ‘Oleyyan, was walking in the town, when the soldiers abducted him, and added that the situation was calm, and no protests were taking place.

In addition, the soldiers installed military roadblocks on all roads leading to the town, stopped and searched Palestinian cars, and interrogated many residents while inspecting their ID cards.

It is worth mentioning that the soldiers were extensively deployed in the center of the town, and its surrounding areas.