Berri: Lebanon Will Not Be Lured Into Settling Palestinians 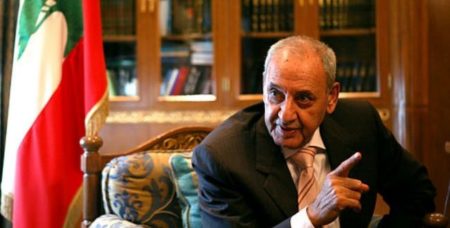 Lebanon will not be lured by a US plan to invest billions in the country, in return for settling Palestinian refugees, Lebanese parliament speaker, Nabih Berri said on Sunday (Jun 23).

“Those who think that waving billions of dollars can lure Lebanon, which is under the weight of a suffocating economic crisis, into succumbing or bartering over its principles are mistaken,” Berri said in a statement from his office.

“The rejection of settling Palestinian refugees who must have the right of return stands at the forefront of these principles,” he said, adding that “any investment at the expense of the Palestinian cause will not find fertile ground in Lebanon.”

US President Donald Trump’s “deal,” regarding the Israeli-Palestinian issue, is set to be presented by his son-in-law, Jared Kushner, at a conference in Bahrain, on Jun 25 to 26, envisions a US$50 billion investment plan to lift the Palestinian and neighboring Arab state economies. But, it has met broad rejection in the Arab world, even as some in the Gulf called for giving it a chance.

The US plan envisions spending more than half of the US$50 billion in the Palestinian territories over 10 years while the rest would be split between Egypt, Lebanon and Jordan.