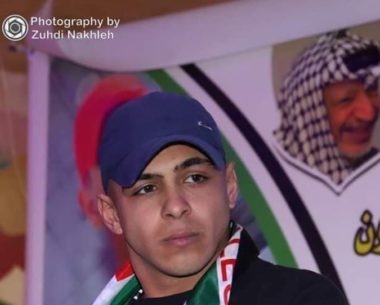 Dozens of Israeli soldiers invaded, on Monday at dawn, the al-Jalazonerefugee camp, north of the central West Bank city of Ramallah, searched homes and abducted one Palestinian.

The Palestinian Prisoners’ Society (PPS) has reported that the soldiers conducted violent searches of homes, and interrogated many Palestinians.

The PPS added that the soldiers abducted a young man, identified as Mojahed ash-Shanni, 20, and took him to an unknown destination.

Many Palestinian youngsters protested the invasion, and hurled stones at the soldiers, while the army fired gas bombs and rubber-coated steel bullets.

Also at dawn, the soldiers killed two Palestinians and injured one, in Kafr Ni’ma village, west of Ramallah.

In related news, the soldiers invaded and violently searched, on Monday at dawn, dozens of  homes in occupied Jerusalem, and abducted at least ten Palestinians, in addition to summing one for interrogation.