Army Abducts A Palestinian In Al-Khader 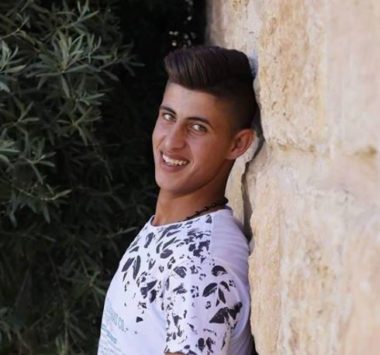 Israeli soldiers abducted, on Tuesday evening, a Palestinian teenage boy from the al-Khader town, south of the West Bank city of Bethlehem.

Ahmad Salah, the coordinator of the Popular Committee against the Annexation Wall and Colonies in al-Khader, said the soldiers abducted Ghlaeb Ashraf Salah, 17, after interrogating him in Gush Etzion military base and security center, south of Bethlehem.

He added that Salah was summoned for interrogation at dawn, Tuesday, after the soldiers invaded his home and searched it.

It is worth mentioning that the soldiers abducted, late at night Monday and on Tuesday at dawn, at least twenty-one Palestinians from their homes, in several parts of the occupied West Bank, including East Jerusalem.