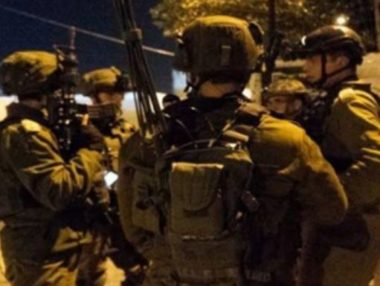 Israeli soldiers abducted, on Friday at dawn, a young Palestinian man from Jenin refugee camp, in Jenin city, in the northern part of the occupied West Bank.

The PPS added that the soldiers abducted a young man, identified as Karam Abu ‘Aita, and took him to an unknown destination.

The soldiers also installed many roadblocks around various villages and towns near Jenin, and conducted violent searches of vehicles, in addition to trying to ambush many Palestinians under the allegation of looking for “wanted men,” mainly along Jenin-Nablus road.

In related news, the soldiers abducted two young men from their homes, in the al-Yamoun town, west of Jenin.