Army Abducts A Palestinian Two Weeks After Demolishing His Home 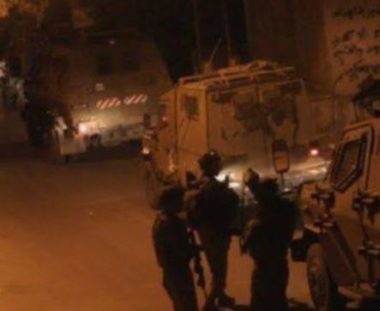 He added that Ali, a married father of seven children, has been facing numerous obstacles and financial difficulties after the soldiers demolished his under-construction home.
Furthermore, the soldiers invaded and searched several homes in Hebron city, and interrogated many Palestinians while inspecting their ID cards.
The soldiers also installed roadblocks on Hebron’s northern roads, and the entrances of the towns of Sa’ir, Halhoul and Yatta, before stopping and searching dozens of cars, and interrogated many passengers while inspecting their ID cards.