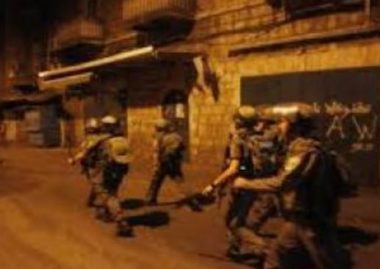 Israeli soldiers invaded, on Monday at dawn, Sebastia town, north of the northern West Bank city of Nablus, before storming and ransacking dozens of homes.

Mohammad Azem, the head of Sebastia Local Council, said the soldiers violently searched the invaded homes, causing damage, and threatened to shoot any Palestinian who protests the constant invasions carried out by colonialist settlers and soldiers into the archaeological site in the town.

He stated that the invasion is part of numerous and escalating violations against the town and its residents, and is also a part of the Israeli attempts to prevent the Local Council from implementing the al-Baidar tourism project.

The army claims the work obstructs the entry of the settlers into the archaeological area, especially since the illegal colonists are planning to hold celebrations there, while the army continues to deny the local indigenous Palestinians access to it.