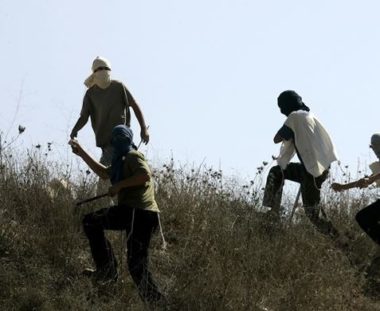 The head of the Agricultural Department in Qabatia, south of Jenin, Lama Abu Bakr, said the colonists hurled stones at the Palestinian farmers, while she and other officials, were visiting an orchard, owned by Moayyad Maloul, from Sielet ath-Thaher town.

She added that the colonists were on a hill overlooking the orchard when they hurled stones at the Palestinians and fled the scene.

A similar attack was carried out targeting Palestinians, while picking their olive trees, in their orchards, in Shoufa village, east of the northern West Bank city of Tulkarem.