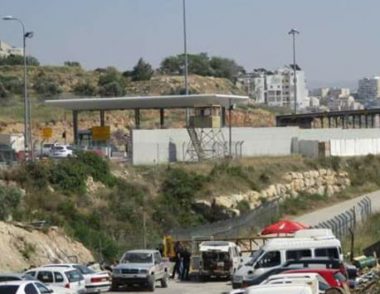 The army claimed that the soldiers opened fire at the woman, after “suspecting that she intended to stab them.”

The woman was not injured, but lost consciousness before the soldiers took her prisoner.

The identity of the woman, her health condition and the location she was moved to, remain unclear, due to Israel’s policies of withholding information.

On Saturday at night, the Israeli army said that Palestinian fighters fired live rounds at a settler’ car near Shuqba village, west of Ramallah, causing no damage or injuries.

The soldiers initiated a searched campaign, and closed all roads leading to the village, completely isolating it, and prevented the Palestinian from entering or leaving it.