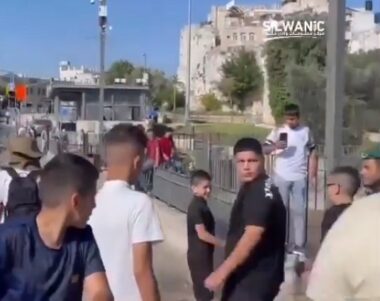 Silwanic added that the soldiers abducted two young men, from Jerusalem’s Old City, after stopping them in the Bab al-Amoud area.

The soldiers also abducted Saif Natsha and interrogated him for several hours before releasing him after issuing a five-day house arrest.

In Silwan town, south of the Al-Aqsa Mosque in Jerusalem, the soldiers invaded the home of Montaser Damiri and violently searched it, causing excessive damage.

On Tuesday dawn, the soldiers invaded many communities across the occupied West Bank, searched and ransacked dozens of homes, and abducted twenty-one Palestinians, including three children.