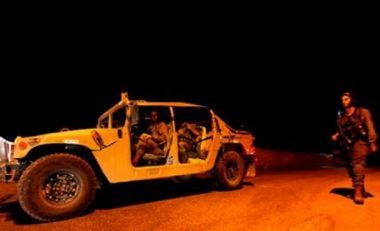 Israeli soldiers abducted, on Friday at dawn, at least five Palestinians from their homes in several parts of the occupied West Bank, the Palestinian Prisoners’ Society (PPS) has reported.

The Nablus office of the PPS said the soldiers searched homes in the city, and Askar refugee camp, and abducted Mohammad Hamdan Mirweh.

In Hebron, in the southern part of the West Bank, the soldiers abducted Sa’ed Bassam Abu Aisha, in Jabal Abu Rumman area, violently searched the property causing excessive damage, and assaulted his mother who tried to prevent them from abducting him, causing a fracture in her arm.

According to the army, the soldiers located an M16 rifle and live ammunition, in addition to confiscating a large sum of cash, during the searches in Hebron.