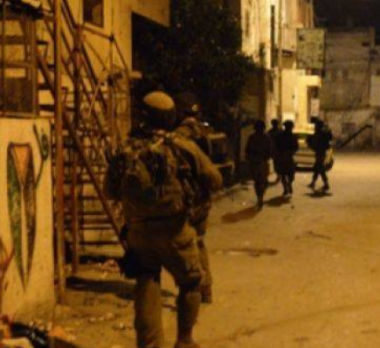 The Nablus office of the Palestinian Prisoners’ Society (PPS) said the soldiers invaded many neighborhoods in the city, before breaking into and violently searching homes, and abducted Amir Eshteyya, from Rafidia neighborhood, and Ala’ Sameeh al-A’raj, 31, from the al-Ma’ajeen neighborhood; both are former political prisoners.

The PPS stated that the soldiers also abducted Omar Ibrahim at-Tarteer, 18, from the Old Askar Refugee Camp, east of Nablus.