Army Abducts Four Palestinians, Injures Many Others, In Ramallah 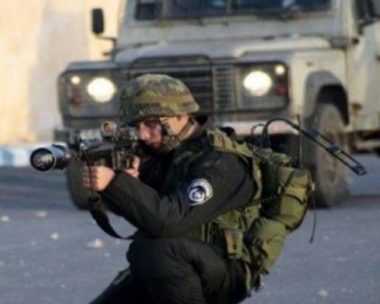 They added that many Palestinian youngsters protested the invasions, and hurled stones at the army jeeps, while the soldiers fired a barrage of gas bombs, concussion grenades, and rubber-coated steel bullets.

Medical sources said several Palestinians suffered the effects of teargas inhalation, in addition to cuts and bruises, and received the needed treatment.

The army invaded and searched homes, before abducting Yazan Maghames, a university student from Birzeit.

Another university student, identified as Bassel Filyan, was abducted from his home in Burham village, north of Ramallah.