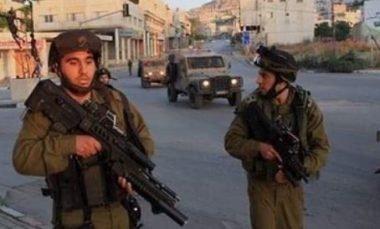 Israeli soldiers invaded, earlier Friday, the town of Silwad, east of the central West Bank city of Ramallah, searched homes and abducted one Palestinian. The army also invaded Rommana village, west of Jenin, in the northern part of the West Bank.

The soldiers also surrounded several buildings, and shops, before breaking into them and searching them.

In addition, several army jeeps invaded Rommana village, close to the Annexation Wall, west of Jenin, and provocatively drove in its alleys, and streets.

The invasion did not lead to clashes or abductions, and the soldiers withdrew shortly after invading the village.