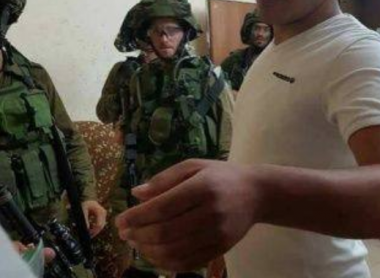 The PPS office in Hebron, in the southern part of the West Bank, said the soldiers abducted five Palestinians in Hebron governorate, and took them to Etzion military base and security center, north of the city.

The soldiers also abducted Firas Jamal Qahaweesh, 18, after invading and searching his home in Jericho.

The latest abductions bring the number of Palestinians, who were taken prisoner by the Israeli army to more than 500, including 153 children and 11 women, since Wednesday December 06th, when the U.S. President Donald Trump unilaterally declared Jerusalem to be the capital of Israel, in direct violation of international law and the signed peace agreements.