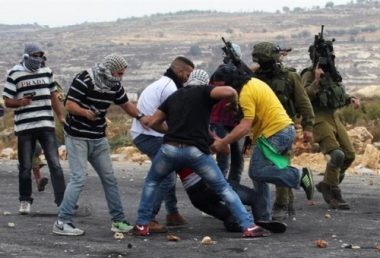 A group of undercover Israeli soldiers infiltrated, late on Wednesday at night, Deir Jarir village, east of the central West Bank city of Ramallah, and abducted six young Palestinian men, during confrontations that were taking place between regular army units, and locals.

The soldiers were trying to break through crowds of protesters, and deployed the undercover units, who infiltrated into the town, and abducted six young men, before taking them to the military jeeps.

Furthermore, the soldiers invaded the al-Jalazoun refugee camp, north of Ramallah, searched several homes and interrogated many Palestinians while inspecting their ID cards.