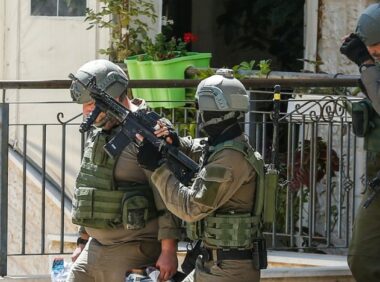 The soldiers took the seven abducted Palestinians to a nearby military base; there were no protests in the area and the residents were just working on their lands.

In addition, media sources in Nablus said dozens of Palestinians held a procession in Osarin village, south of the city before the soldiers attacked them with rubber-coated steel bullets, gas bombs, and concussion grenades.

Ahmad Jibril, the head of the Emergency Department at the Nablus branch of the Palestinian Red Crescent Society (PRCS) said the medics provided treatment to two Palestinians, who suffered mild wounds.