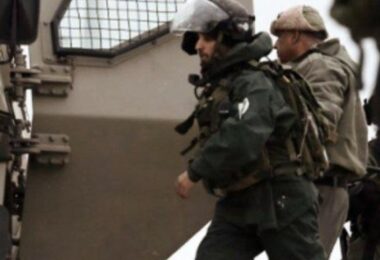 Israeli soldiers abducted, on Wednesday at dawn, ten Palestinians, including a father and his two sons in addition to one child, from their homes in several parts of Hebron governorate, in the southern part of the occupied West Bank.

The PPS stated that the soldiers abducted Yasser Ibrahim al-Jondi, 43, along with his sons Yazan, 20, and Yazid, 18, in addition to Odai Abada Shawahin and Ayyoub Hussein Shreiteh.

In addition, the soldiers abducted five young men in Jerusalem and Ramallah, in the occupied West Bank.

The soldiers also invaded ‘Aida refugee camp, south of Bethlehem, and Husan town, west of the city, before shooting one Palestinian and abducting three others.